Reasons Why Madhya Pradesh Should Be On Your Travel Bucket List 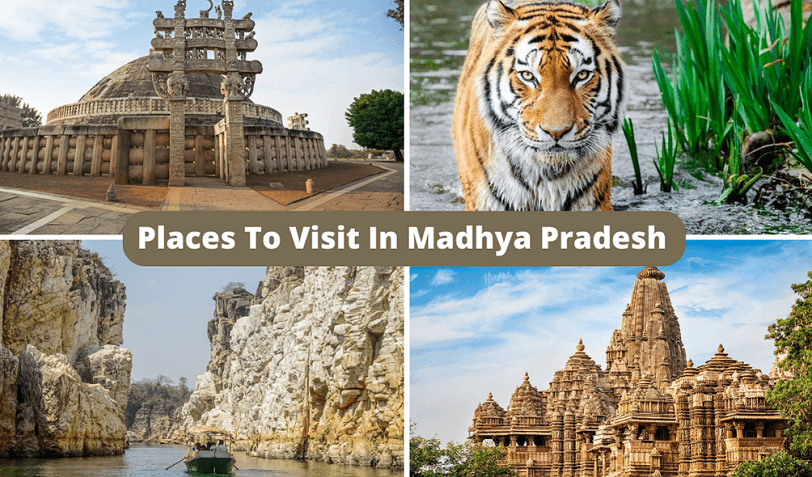 Madhya Pradesh is an underrated tourist destination which is home to some of the most amazing Indian monuments, temples, tiger reserves and natural wonders. The state has a rich history which is only enhanced by its 3 UNESCO world heritage sites, 11 national parks, 6 tiger reserves, 24 wildlife sanctuaries and 2 of the most revered Indian shrines. This culmination of natural beauty and man-made landmarks has earned Madhya Pradesh its title as the ‘Heart of India’.

If you are still looking for reasons, worry not because we have compiled a list of the things to do along with the best places to visit in Madhya Pradesh. Read on to find out: One of the most famous places to visit in Khajuraho is its temple which is also a UNESCO World Heritage Site. The temples of Khajuraho are uniquely built and are widely famous for their carvings and statues. While there, you can stay at The LaLiT Temple View which is one of the best 5 Star Hotels In Khajuraho, located just 200m away from the Western Group of Temples, the most famous attraction of the city.

Home to various sanctuaries and tiger reserves, Madhya Pradesh is famous for its diversity of wildlife and flora and fauna. During your visit, you can go for a safari in Kanha Tiger Reserve, take a hot air balloon ride in Pench Forest or try bird watching at National Chambal Wildlife Sanctuary.

You just cannot miss taking a boat ride at Bedaghat Marble Rocks, one of the most famous places to visit in Madhya Pradesh. The experience lets you sail in the middle of the river with huge marble cliffs on either side. The excursion is even more enjoyable on full moon nights with the moonlight glistening off the white rocks.

4. Traverse the Religious City of Ujjain

Home to some of the most sacred temples of India including one  Jyotirling out of twelve Jyotirlingas, Ujjain is an ancient town surrounded by spirituality. It is also home to Gadhkalika and Harsiddhi, the two Shakti Peeths and is one of the four cities where the Kumbh celebration takes place. Due to its rich history, Ujjain is a renowned tourist destination in Madhya Pradesh.

The oldest rock structure in India, Sanchi Stupa was built around the 3rd century BCE and was commissioned by the famous emperor Ashoka. The magnificent structure is built over the relics of Buddha and is now a major pilgrimage site for travellers from all over the globe. If you want to bask in a few moments of peace and tranquility, make sure to add Sanchi Stupa to your list of must-visit destinations.

6. Catch the Sunset from Dhoopgarh, the Highest Peak of Madhya Pradesh

Lush greenery, breathtaking views of the valleys and colourful skies define Dhoopgarh. Known for being the highest point in the Satpura Range, Dhoopgarh is popular among people who love trekking and adventure trails. Situated at a height of 4,430 feet, this place offers views that are unforgettable. Going up towards the peak, you’ll come across dense forests, splendid waterfall sites and streams. When in Madhya Pradesh, don’t forget to catch the mesmerising sunset from this spot.

7. Take the Adventurous Cable Car Ride Over the Dhuandhar Falls

This is one of the most exciting things to do in Madhya Pradesh. This ropeway ride at Bhedaghat Jabalpur enables you to capture the roaring waterfall from the front. The ropeway crosses from above the waterfall and offers you one of the widest and closest views of the fall. You can spot the majestic marble rocks while viewing the water that cascades from a height. This sight is truly breathtaking. If you are an avid photographer, this ride gives you ample scenic spots to click pictures.

8. Discover the Ruins of Afghan Architecture in Mandu

The ruins of Mandu demonstrate the rich Afghan architecture and is a paradise for those who have a passion to explore our country’s built heritage. The site features some beautiful palaces and mosques built when the Afghan empire ruled the region. Located approximately at a distance of 90 km from Indore, this ancient city is a must-visit place for tourists as it offers so much for them to explore. The most popular sites in the city are Hoshang Shah Tomb, Rani Roopmati Mahal, Jama Masjid, and Hoshang Shah Tomb. Situated on the top of a hillock, the Gwalior fort offers views that are unparalleled. From divine temples to royal palaces, there’s just something about the fort that carries a unique charm. It is the best place for someone who loves exploring ancient architecture that dates back to the 10th century. Make sure to explore Gujari Mahal, Karan Mahal, Man Mandir Mahal, Shah Jahan Mahal and Jahangir Mahal.

Besides these experiences, there are a number of places to visit in Madhya Pradesh which make for the ultimate travel destinations with your friends, family and significant other. 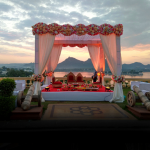 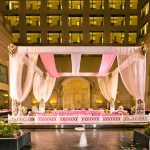