Haunted Places In Rajasthan For The Daredevil In You 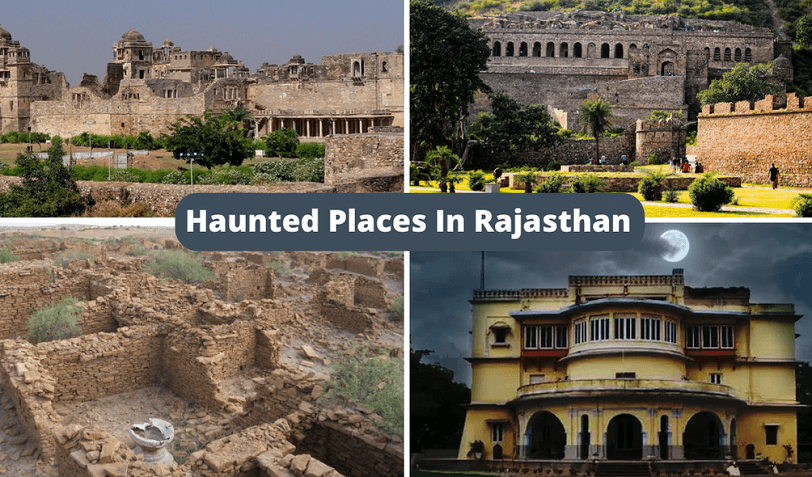 The stunning state of Rajasthan is a popular tourist destination owing to its rich cultural heritage, glorious landmarks, vibrant traditions, and festivals. Cities such as Jaipur, Udaipur, Bikaner, Jodhpur, Pushkar, and Bikaner welcome people from all walks of life to witness their royal vibe and the rich Rajasthani culture. From lakeside palaces to desert camps and village festivals, you can experience it all in this state. However, there is another unique aspect that Rajasthan is known for and that is being home to some of the most haunted sites in the world.

Whether it is because of the reason that the state has seen several battles or the folklore got a little too superstitious, the stories about the presence of paranormal activities in haunted places in Rajasthan are quite well-known. If you are someone who likes history enough to unearth its secrets or just like leading an adventurous life, make sure to add this list of top haunted places in Rajasthan to your travel itinerary. 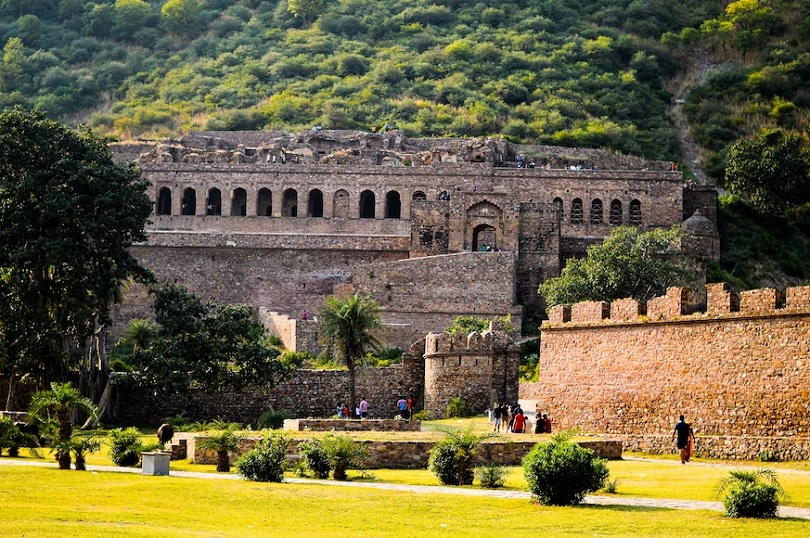 One of the most haunted places in Rajasthan, Bhangarh Fort located in the Alwar district was built in the 7th century by Maharaja Madho Singh and features the ruins of the main palace and 9000 village homes. While there are several occult stories surrounding the fort, the main one states that a hermit who prayed there allowed the king to build the fort on the condition that its shadow does not touch the Guru, which did not happen leading the hermit to curse the fort and cause destruction of the whole village. Another eerie commonality here is that there are no roofs on any of the houses located here. People have witnessed several accidents here and to avoid such incidents, the Archaeological Survey of India has placed a sign outside the fort warning people against staying in the area after sundown.

Located about 18km away from Jaisalmer, Kuldhara Village is believed to have been deserted since the 1800s after its original inhabitants cursed it. The legend related to this village states that the villagers used to pay taxes to an unethical minister by the name of Salim Singh. On his visit to the village, his eye fell upon the daughter of the village chief to whom he tried to claim and threatened to impose heavy taxes on villagers if he could not marry her. To save his daughter, the village chief along with 84 other chiefs and the people of the town decided to abandon Kuldahra. However, no one knows where these people went and no one ever saw the inhabitants again. This story along with the abandoned sight is enough to give you shivers. So make sure to visit here with caution!

Home of Queen Padmavati, Rana Kumbha Palace is located in the Chittorgarh Fort Village and is quite renowned for its secret alleyways and chambers. The legend surrounding the paranormal activities of the palace state that to avoid giving into the whims of the Sultan of Delhi, Alauddin Khillji, the queen, and her followers committed the act of mass self-immolation also known as Jauhar. Since then, visitors have heard the cries of women in the halls of the palace. While the palace has beautiful architecture, the story surrounding it surely gives you a feeling of sadness and makes you scared all at the same time.

Unlike historic landmarks that come with legends attached to them, Sudhabay is a quiet area near the famous city of Pushkar that celebrates an annual ‘Ghost Fair’. The fair sees people from all over the world to get rid of spirits they believe possess them. The area is also home to a sacred lake where people take a dip to avoid and stay protected from the negative energies that might be present in the area. While there you can witness some of the most unique and bizarre rituals and can also see exorcism. Make sure to head there with a heart of steel cause you might encounter a few or many things that can keep you up at night.

Located in Kota, Brij Raj Bhavan Palace is a historical mansion that is said to be haunted by the ghost of an English soldier, Major Burton. The story states that Major Burton along with his family was killed inside the Brij Raj Bhavan during the sepoy mutiny of 1857 and now the ghost of the major haunts the palace. However, it is said that the ghost is majorly harmless but does have a habit of hitting security guards who tend to doze off during their duty hours.

Add these top haunted places in Rajasthan to your travel itinerary only if you want to experience an adrenaline rush like never before. However, we do suggest taking all the precautions stated at these spots to have a spooky yet safe experience.