Top Places to Explore in the Pink City Jaipur 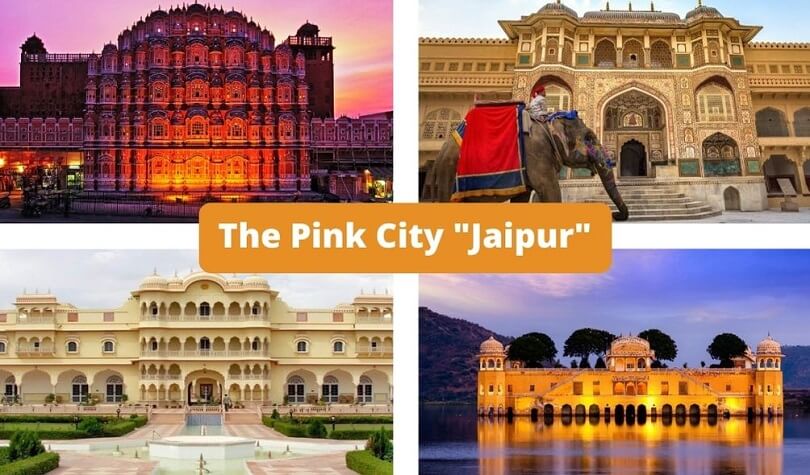 Famously named the Pink City, Jaipur is known for mesmerising tourists and travellers alike with its beautiful architectural marvels, cultural titbits, and a love for hospitality.

It was in 1876 when the Prince of Wales was touring India, that Maharaja Ram Singh decided to paint the entire city in a stunning pink hue – a symbol of hospitality. Since then, the pink colour of the city has become an inherent part of Jaipur’s identity, as much as its majestic forts and palaces dotting its landscape everywhere. Indeed, Jaipur is one of the most visited cities in India for its royal forts!

Jaipur’s grandeur, therefore, is best experienced not in pictures but in exploring the quaint alleys, palaces, forts, and bazaars. Many even prefer a destination wedding in Jaipur, given the stunning historical backdrop and royal heritage of the city.

So, whether you are planning to experience Jaipur for yourself or plan to seal your vows in the city, there is a spectacular array of places to explore: The first place on your Jaipur bucket list has to be the magnificent City Palace – the home of the city’s royal family for over 300 years. Today, the City Palace continues to stand tall as homage to Mughal and Rajasthani architecture, thanks to its towering guard walls, sand-coloured construction, and landscaped gardens and complexes that provide a legendary view of the entire Jaipur city as well as the Lake Palace. Tourists will also be able to discover a variety of tasteful offerings around the City Palace, such as the Mubarak Mahal, the Armoury Museum, Diwani-i-Am, and its collection of stunning miniature paintings, as well as the Pritam Niwas Chowk. Built in 1799 by the Maharaja Sawai Pratap Singh and renowned for its beautiful architecture, Hawa Mahal should be on the top of your list. Its 5-storey honeycomb structure exemplified by 953 small windows tells a fascinating story of old customs and traditions. The story goes that the windows allowed the royal ladies to observe the festivities on the street without being observed. Hawa Mahal literally means ‘the palace of breeze’, thanks to its exceptional ventilation due to the windows. The small museum housed in the palace is also one for the architecture and history buffs, for sure!

Situated amidst the Man Sagar Lake, this year 1699 constructed floating palace is a feast for the eyes. Maharaja Jai Singh II of Amber renovated the palace and the reservoir around it in the 18th century. The ‘water palace’ actually comprises 4 storeys, with three of them submerged in the lake. While you cannot visit the palace, you can indulge in shopping in the nearby markets, go for a camel ride or take long walks. Additionally, this place is a visiting site for many migratory birds and you can do seasonal bird watching here! If you are an astronomy geek, this place would delight you to no end. Jantar Mantar in Jaipur comprises 19 astronomical instruments built by the Rajput King Sawai Jai Singh II. The 27 m tall sundial, also known as the Samrat Yantra, is the centrepiece that can measure time accurate up to two seconds, thanks to its intricate shadow play. The UNESCO World Heritage Site is one of the largest observatories in the world and stands as a proud legacy of India’s scientific advancement in the centuries gone by.

Jaipur Pink City Bazaars are made up of five main bazaars–Bapu Bazaar, Johari Bazaar, Nehru Bazaar, Tripolia Bazaar, and Kishanpole Bazaar. Chief amongst them is the Bapu Bazaar – famous for its textiles and trinkets – and the Johari Bazaar – the perfect place if you are looking to add splendid jewellery to your collection. These Bazaars surround the way to Hawa Mahal and can be explored very comfortably on foot. Overall, you can find regional crafts like jewellery, juttis, textile goods, and wood crafts. You would be amused by the variety and the prices as you explore the local market – it has something for everyone! An immaculate example of Rajasthani architecture, the Amber Palace is one of the most famous hotspots for tourists in Jaipur. Built in 1592 and perched upon a small hill, the palace is a UNESCO World Heritage Site constructed with sandstone and marble. The fort’s array of garden courtyards along with its underground tunnels impart an air of majesty to the place. Inside, one cannot help but feel awestruck due to the inlaid marble with intricate pattern work decorated in all the colours of the spectrum. Last but not the least, don’t forget to take in the spectacular sights of the 300-year-old Nahargarh Fort that rests atop Aravalli hills and overlooks the Jaipur city. Historically, Nahargarh Fort has been key to defending the Jaipur city from attacks. Inside, you will find the Madhavendra Bhawan which is a summer resting place for the royals, the wax museum which makes for picture-perfect moments, and the exquisite sculpture park.

These seven destinations are at the heart of any Jaipur exploratory guide. If you get extremely tired of reveling in these sights, then the best luxury spa in Jaipur at Rejuve – The Spa at The LaLit Jaipur is unmissable. With 12,000 sq. ft. of floor space for aroma, herbal, ayurvedic, and natural therapies, you will be rejuvenated for another day of exploring the city. The LaLiT Jaipur is also one of the best 5-star hotels for a wedding in Jaipur – offering a grand haveli architecture, resplendent interiors, crystal ballroom, a central courtyard, and a party lawn for an authentic, Rajputana-style wedding experience in the city. Your invitation to make the most of Jaipur – the Pink City awaits!

The LaLit Jaipur Top Places in Pink City Top Places to Visit in Jaipur
0 0
Editorial Team
July 4, 2022
Next Post Goa Experiences to Not Miss Out On 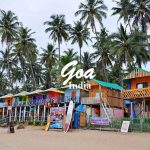