What Makes Kolkata The City Of Joy 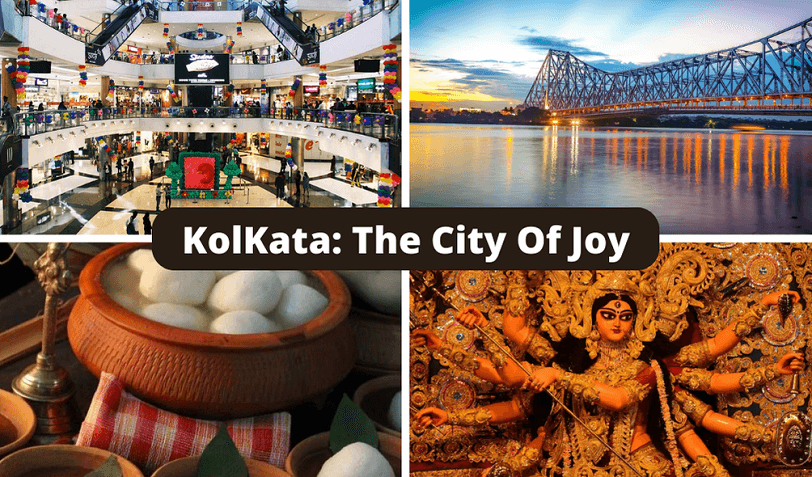 Have you ever wondered why Kolkata is called the city of joy? We’re sure that once in a lifetime, every person does, until they experience it themselves.

Kolkata is rooted in culture, traditions and hospitality. From lively festivals to delicious food the city is a celebration in itself and warmly welcomes people from all walks of life. Kolkata offers a number of attractions including iconic landmarks, religious spots, shopping destinations and museums.

You can explore all these while basking in luxury at one of the best Five Star Hotels In Kolkata,  The LaLiT Great Eastern Kolkata, which is an iconic landmark in itself. Built in 1840 as the “Auckland Hotel”, the hotel architecture is a culmination of Victorian, Edwardian and contemporary styles and has onced welcomed renowned personalities including Rudyard Kipling, Queen Elizabeth II and Mahatama Gandhi.

With so much to explore, let’s directly jump into knowing the reasons why Kolkata is called the city of joy here:

1. Landmarks and Places of Interest The city houses numerous iconic landmarks from the British era. Park Street, St. Paul’s Cathedral, Race Course to Princep Ghat, Howrah Bridge and Victoria Memorial are only some of the many architectural marvels of this lively city. The city’s breathtaking architecture is a testament to its political, social and cultural sophistication, as the colonial-era buildings add to the old-world charm of Kolkata.

Kolkata’s cuisine accounts for a major part of why it is called the City of Joy. Foods such as Kathi Rolls, Kabiraji, Mishti Doi, Doi Maachh, Calcutta Biryani, Shutli Kabab, Phuchkas and Rasgullas are best enjoyed here. If you wish to experience fine dining at its best, you can visit Alfresco at The LaLiT Great Eastern Kolkata, an all-day restaurant where the chefs serve ” Four Pillars of Bengal” which are Bengali, Anglo – Indian, Tangra Chinese & Nawabi, whilst enjoying the beautiful views of the lily pond and hotel courtyard. With an array of amazing cuisines, people are bound to be joyful when visiting Kolkata. Among the several things to do in Kolkata, this one tops it all – experiencing the magnificence of Durga Puja. Durga Puja is the main festival of Kolkata and is a 10-day-long celebration of Goddess Durga. The festivities are marked with huge pandals that are beautifully decorated around specific themes and are open for everyone to visit, pray, dance and enjoy. People celebrate the festival with friends and family and the revelry is a joy to witness. Weddings in Kolkata make for a fun celebration that goes on for three days and is reflective of the city’s culture and traditions. Besides the rituals, the food plays an important part and  culinary extravagance. If you’re looking for a wedding venue in Kolkata,  you can choose a 5-star hotel like The LaLiT Great Eastern Kolkata.

Kolkata is an uninhibited shopper’s paradise with numerous markets, both old and new. If you are on a budget, you can visit  New Market or Gariahat. Some other famous shopping spots include South City Mall, Metro Plaza, AC Market, and Kolkata’s College Street which is perfect for the bookworm in you.

And last but not the least, you can explore the City of Joy, Kolkata by traveling to different spots via its traditional transportation options such as trams and yellow Ambassador taxis! 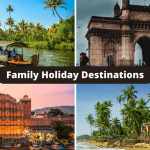 Previous Post Perfect Getaways For Your Next Family Holiday
Next Post Plan the Perfect Romantic Sojourn with a Royal Honeymoon in India! 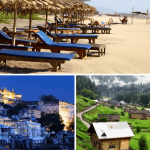