Haunted Places In Kolkata To Challenge The Daredevil In You 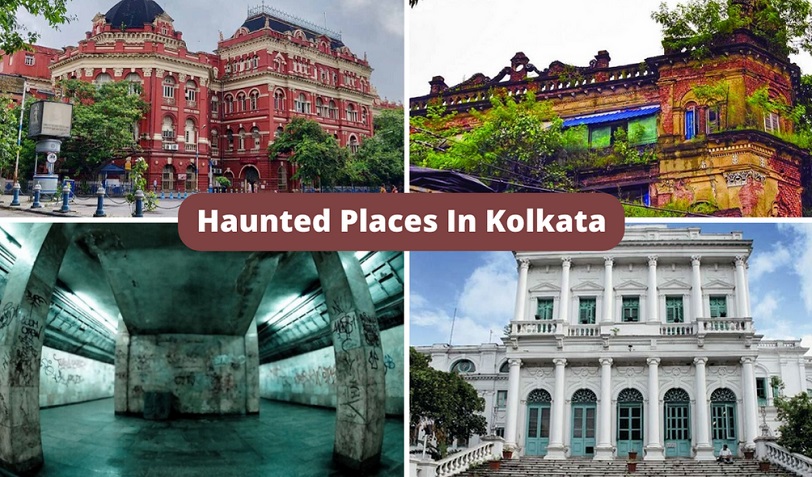 When we think about the ‘City of Joy,’ the images that conjure up in our mind are the iconic Howrah Bridge, a rich culture, delicious cuisine, joyous people and the yellow taxis. Kolkata has consistently made its mark as our country’s literary and cultural centre. All those who choose to visit this glorious city are seldom disappointed as it is packed with unique experiences you can uncover. From remarkable monuments from the British Raj era to splendid libraries and natural retreats, Kolkata is brimming with fun-filled excursions.

However, some of these experiences come with a horror tag attached to them and some are indeed interesting. Whether you are interested in the paranormal or want to test the daredevil in you, here is the list of the most haunted places in Kolkata that you can check out on your next visit.

5 Most Haunted Places In Kolkata

Currently, the secretariat office of the state government in West Bengal, the Writers’ Building, is a 300-year-old structure located in Binoy Badal Dinesh Bagh and is also one of the many horror places in Kolkata. The building is home to the room where famous Indian revolutionaries murdered Captain Simpson of the East India Company. It is believed that the captain’s ghost walks around the building and haunts it. The building is closed every day at 7:00 PM sharp, and no employee stays back after it. However, the caretakers still hear shrieks at night. Writer Buildings’ also has not retained any caretaker for more than 24 hours in many years, and that itself is pretty spooky. Think you got what it has to explore this building where the dead man resides and walks around?

If you thought you could find horror stories only in the library’s fiction section, then we are sure you haven’t heard about National Library in Kolkata. There have been many instances where people who have been reading here alone have felt someone breathing down their neck and even heard footsteps around when there is nobody in sight. The saga, however, does not end here. These activities are heightened when books are not kept in their rightful place, and the librarians here over the decades have complained about chairs being moved by themselves, ruffling of book pages and even randomly dropping books every once in a while. It is believed that the library is haunted by the ghost of the wife of Charles Metcalfe, who served as governor-general of India during the British reign. 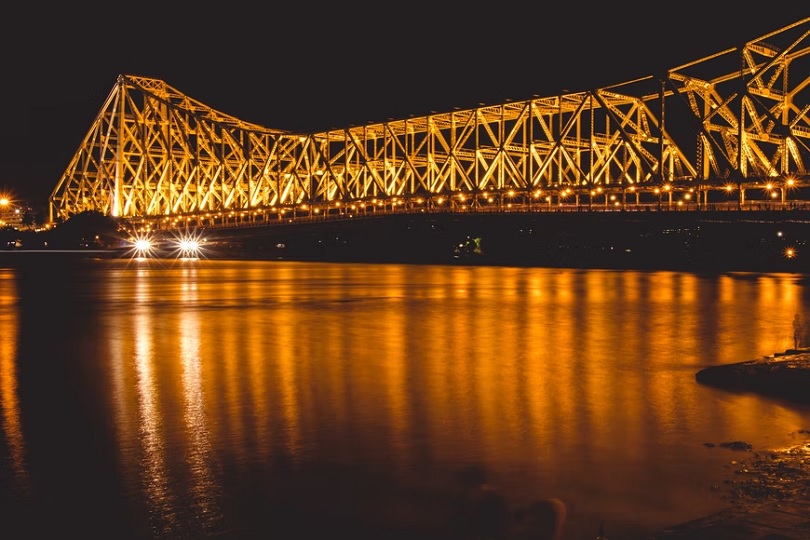 The city’s most iconic site is also deemed one of the most haunted places in Kolkata. The people who come to practice wrestling here have repeatedly seen hands emerging from the Hoogly river under the Howrah Bridge. However, they are never sure if it belongs to a spirit or humans. Not just this, but people have also witnessed the presence of a crying woman dressed in white robes and calling out to them. However, when people tried to approach the figure, they were always left severely traumatized. It is believed that the spirits here belong to the people who accidentally drowned in the river. While the nighttime at Howrah Bridge tends to become pretty scary, it is the early morning that really scares the daily visitors here.

4. Putul Bari or House of Dolls

Located in North Kolkata in the Shobhabazaar area, Putul Bari, which translates to the House Of Dolls, is haunted as it has a sorrowful tale attached to it. The upper floors of this haunted building have several dolls stacked up, the site which is within itself daunting. The story here goes around that the wealthy landlords who resided here several years earlier molested and even killed numerous women here, and now the ghosts of these women continue to haunt the house. Although the house is still resided in, the residents refrain from going on the upper floors as they have repeatedly witnessed paranormal activity, including the laughter of women and noise like those of anklets clicking, even though there was no one at the compound beside them. As scary as it sounds, if you wish to challenge yourself, you should visit this place which is amongst the top 10 haunted places in Kolkata.

Perhaps the most public haunted place of Kolkota, Rabindra Sarobar Metro Station, has witnessed several suicides. It is now believed that the ghosts of the victims haunt this station. The metro drivers and the commuters travelling through this station have reported the passing of shadowy figures on tracks and between pillars. That’s not all. Paranormal activity is at its highest during the midnight train that leaves this station. While the station remains particularly busy during business hours, it can be deserted during the late nights, and a visit here at these hours is not for the weak-hearted.

Adding adrenaline-pumping activities to your vacation sounds like an exciting idea, especially if the paranormal idea interests you. However, we recommend that you respect the rules associated with these places and take all necessary precautions.