Forts In Maharastra You Should Not Miss Out 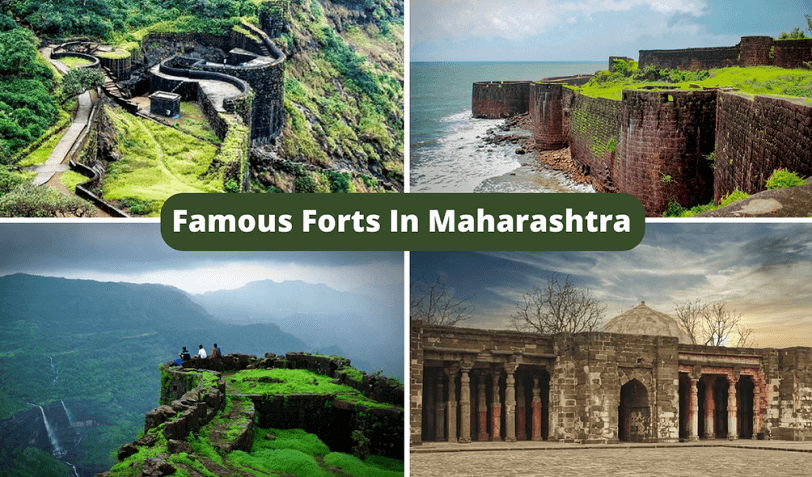 Maharashtra is known to have a rich cultural heritage The state’s name literally translates to “the great nation” and the grandeur of the historic landmarks here signifies the valour shown in the battles that were fought between the Marathas and Mughals. As of today, there are 350 forts dispersed throughout the state and each one holds a special place in the hearts of the people of Maharashtra, narrating several stories of gallantry portrayed by the Maratha warriors. The architecture of these marvellous forts attracts tourists from across the world and some of them are also renowned trekking sites.

Located 1033 m above sea level, the Lohagad Fort was built in the year 16th century and was ruled over by the Maratha Empire except for 5 years when the Mughals captured it. The path leading to the fort is a scenic route that is one of the most popular trekking sites in Pune. Lohagad Fort is connected to the nearby Visapur Fort and a small detour at this trek also leads you to the spectacular Bhaja Caves. The fort itself has impressive architecture and also offers a panoramic view of the Pavana Reservoir.

Famously called the Raigad Killa, the fort is built atop the lush green Sahyadri at the height of 820m above sea level. The fort is the epitome of the Maratha pride since it was ruled over by Chatrapati Shivaji Maharaj. It was then captured by the Mughals and eventually the British Empire who called it the ‘Gibraltar of the East.’ Despite its vast history, the fort stands tall today and the architecture allows visitors to indulge in incredible views of the nearby valley and Gangasagar Lake. To reach the fort, you will be required to climb 1737 steps which in itself makes it a famous hiking trail of Maharashtra.

Located in the Murud village of Maharashtra, Janjira Fort was built by Malik Akbar in the 17th century. One of the most famous sea forts of the state, Janjira is surrounded by water on all sides and even houses two sweet water lakes inside. The architecture of this fortress is much renowned, especially the 40 feet wall that has bared the brunt of sea waves for over 5 centuries. There are still palaces, mosques and other buildings inside and it also has a few remaining cannons out of the total 500 that were present earlier. To explore this fort, you will need to take a ferry ride. 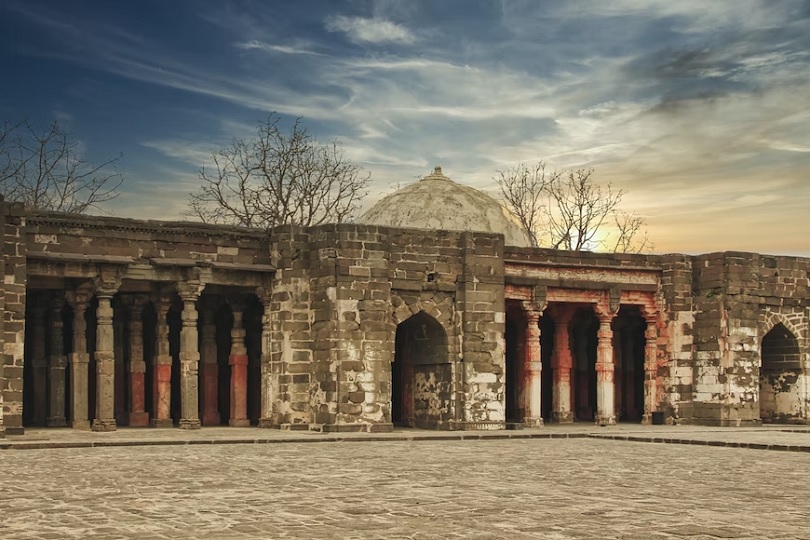 Build in the 12th century by Yadava Prince Bhillama V, Daulatabad Fort is located 15km away from the city of Aurangabad. This fort is hailed as an engineering and architectural marvel as it is built on a conical hill at a height of 200m that provided it safety from enemy forces. The fort requires you to hike up some 750 steps, however, the panoramic view of the surrounding greenery and the city is totally worth it. Daulatabad Fort is one of the ‘seven wonders of Maharashtra’, making it a must-visit destination.

Manaranjan Fort and Shrivardhan Fort together make up the famous Rajmachi Fort located in Pune. Besides the fort being a remarkable architectural marvel in its own right, the path leading to it is also filled with waterfalls, water streams, rustic valleys, small villages and deep gorges. Rajmachi Fort has several buildings including caves, temples and water reservoirs that give you an insight into the Maratha culture. A visit to this fort will surely be an unforgettable experience owing to its breathtaking views and its history.

Also known as the Kondhana Fort, Sinhagad is located at a height of 1312m above sea level and is one of the most prominent structures in Maratha history. This is where the battle of 1617 between Marathas and Mughals took place and Tanaji Malusare fought and emerged victorious, however, he lost his life in the process. The mesmerising view from the fort is that of the Khadakwasla Dam and you can also explore various attractions inside the fort including Pune and Kalyan Darwaza, Rajaram’s Tomb, Kali Temple, breweries and monoliths of Tanaji Malusare.

Surrounded by the Arabian Sea on three sides, Vijaydurg Fort is one of the oldest in Maharashtra and is located on the Sindhudurg coast. Built during the 13th century by a ruler from the Shilahara dynasty, the fort has several cannons on display besides other attractions such as a water tank, a granary and a prison. The view from the fort is exceptionally stunning, especially with all the water surrounding it.

The forts in Maharashtra are a culmination of history, culture and adventure. So start planning, pack your bags and take that adventurous trip!