Top Places To Visit In Rajasthan 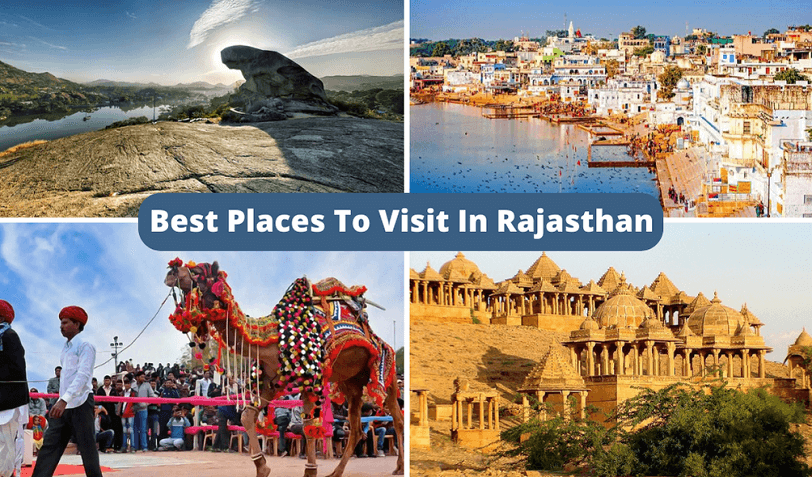 The state of Rajasthan is significant of its rich cultural heritage and glorious past. When you think about this regal state, the mind suddenly conjures images consisting of grand fortresses, picturesque palaces and all the stories that make these places even more attractive. Being one of the most travelled places in India, Rajasthan offers its visitors a wide range of sites to explore and activities to do. From excursions involving historic landmarks to exciting adventures that await you in its national parks and annual festivals, a trip to Rajasthan is bound to be an unforgettable one.

There is no dearth of tourist places to visit in Rajasthan and almost all cities come with their share of amazing sites and history. If you are confused about which parts of the state you should start your exploration with, then this list of the best places to see in Rajasthan is your easy way out.

7 Best Places To Visit In Rajasthan 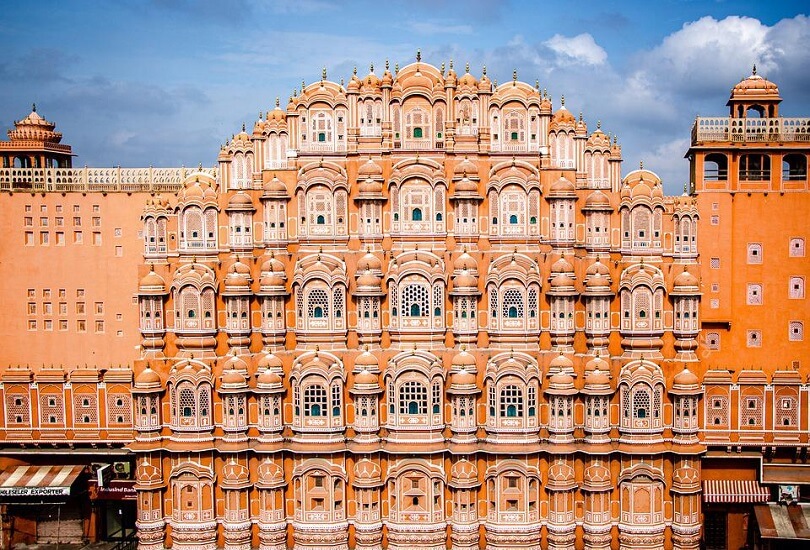 The capital of the state, Jaipur is one of the best places to visit in Rajasthan. Built during the 17th century by the Rajput rulers, the Pink City is home to several UNESCO world heritage sites including the mighty Amer Fort and the fascinating Jantar Mantar. The city has several forts, palaces, markets, temples and museums including the renowned City Palace, Hawa Mahal, Nahargarh Fort and Birla Planetarium to name just a few. Besides the famous tourist spots, the city also has a distinct culinary scene and also hosts several cultural events including the Jaipur Literature Festival which is a must-visit for all history buffs.

One of the most romantic places to visit in Rajasthan, Udaipur also known as the ‘City of Lakes’ is the culmination of historic grandeur and natural beauty. The picturesque city is surrounded by the Aravalli Hills and has numerous attractions such as Lake Pichola, City Palace, Monsoon Palace, Bagore Ki Haveli and Jag Mandir. However, these historic sites are not the only offerings of Udaipur as it also packs some amazing bustling markets selling the best of the local arts and crafts. A visit to this city is bound to be luxurious one filled with plenty of activities, exquisite food and postcard-worthy sites.

A culturally rich city located amidst the splendid Thar Desert, Bikaner is a traveller’s haven made up of splendid architecture, art and delicious food. The city is host to the International Camel Festival and has some amazing attractions such as the Junagarh Fort which houses a museum, Rampuria Haveli and the camel research centre. While here, you can also try the infamous desert safari to add some much-needed thrill to your trip. Make sure to try the local delicacies here such as the Thandai, Kulfi and Bhujia and explore one of the only two models of biplane used by the British during World War 1 which is exhibited within the Junagarh Fort. 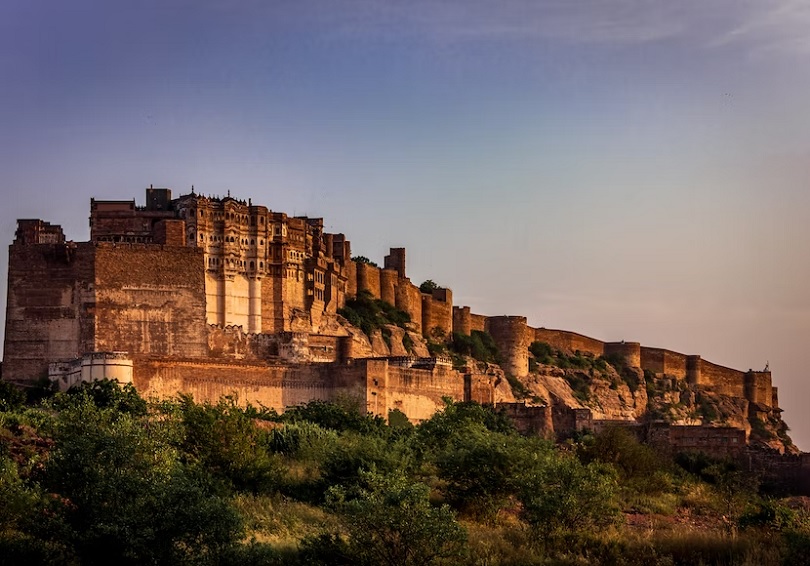 Home to one of  Rajasthan’s largest forts, Mehrangarh, Jodhpur is located at the end of Thar Desert and is often referred to as the ‘Blue City’ due to its buildings and homes which are painted in different shades of blue. While you visit the Mehrangarh Fort, an absolute architectural marvel, make sure to explore its mirrored hall called the Zanana Deodi and Chamunda Mataji Temple. Other top attractions of the city include Jaswant Thada, Mandore Gardens, Umaid Bhawan Palace and Sardar Market. If you plan to visit during September, you can also witness the city’s cultural fests including Marwar Festival and Rajasthan International Folk Festival. 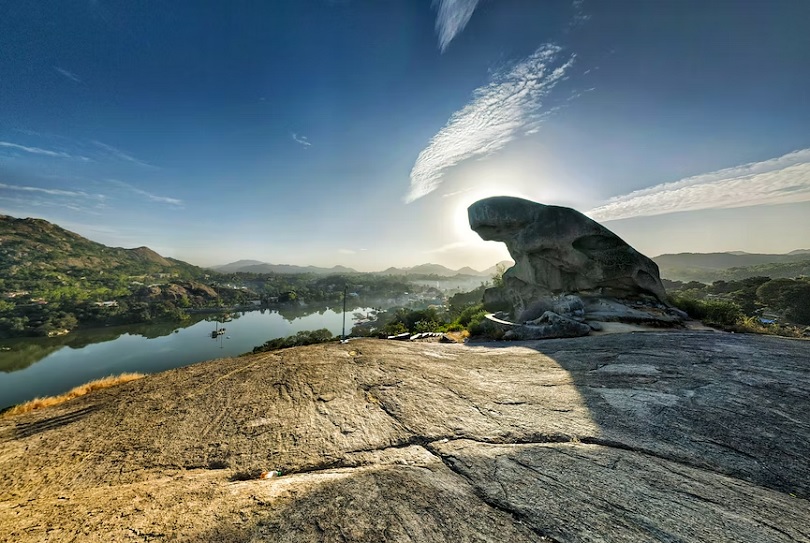 Mount Abu is the only hill station present in Rajasthan and is home to the architectural marvel, Dilwara Temples. Located amidst the lush green Aravallis, Mount Abu has several other attractions including the Nakki Lake, Achalgarh Fort, Guru Shikhar, Toad Rock, and the Mt Abu Wildlife Sanctuary. This quaint destination has several vista points from where you can enjoy a panoramic view of the whole town and also has rich flora and fauna for you to discover nearby. Make sure to take your time exploring the Dilwara Jain Temples as they have an intricate design and architecture unlike any other attraction in the country. 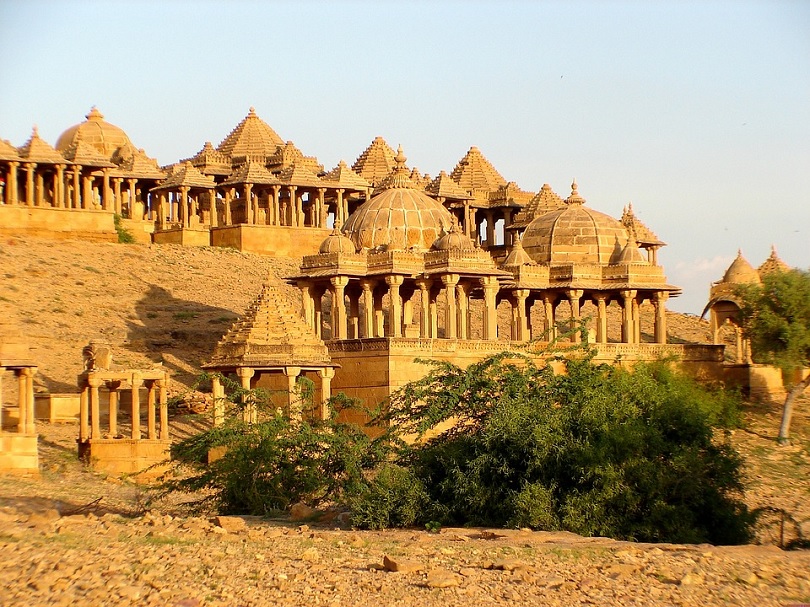 Rajasthan’s Golden City, Jaisalmer is adorned with dunes and castles featuring gold honey sandstone. The city is a famous tourist destination as it packs several attractions such as the marvellous Jaisalmer Fort also known as Sonar Qila, Sam Sandunes, Jain Temples, Nathmalji Ki Haveli, Gadisar Lake, Bada Bagh, Jaisalmer Folklore Museum and Kuldhara. The local food along with the shops selling local handicrafts in the alleyways of Jaisalmer Fort are the highlights of the city and you can also pack in some adventure by going for a desert safari nearby.

A famous Hindu pilgrim site, Pushkar is home to the only dedicated Brahma Temple in the world. Besides this famous religious attraction, the city is also host to the world-famous cattle fair that takes place every year in November. Another main attraction of the city is the Pushkar Lake which is present right at the centre of the city. If you are travelling to Pushkar during Holi, then you are in for an unparalleled experience of the celebration of colours.

The best season to visit Rajasthan depends on what you’d like to explore in the state. So get your bags packed, hop on a flight and experience a vacation like never before.